The Distortia film is a short film that I was involved in creating with several other fellow students in 2017 that was written by one of my fellow student named  Luca Fox.

The Programs that I used to create these sequences are;

The unknown boxer is preparing himself for a fight by putting on the boxing gear that he would wear for a fight. Mentally preparing himself as well while he is going through the process of applying his gear. He does some skipping rope and throws some punches at a boxing bag. Visually we see things aren’t so clear and there appears to be some distortion in his arm, hands and feet. Representing the fact that he has brain damage from years of head trauma. Even the text of the titles are a little foggy and distorted as well.

The party has finished after the tragic end to what was meant to be a happy birthday celebration. After Donavon had been taken to jail and everyone had left the house everything was left in the dining room untouched from the tragic unfolding events of the night. We see the after scene of the table, party hats, bottles of wine and even a glimpse of what appears to be a brain that has been fried. The distortion effects are back like the title sequence only with more optical distortion and flowing texture overlay changing back and forth from a safe earthy tone to a danger type red which altars back and forth as each shot of the party scene. Credits are distorted and foggy.

Here is the links to my finished sequences. 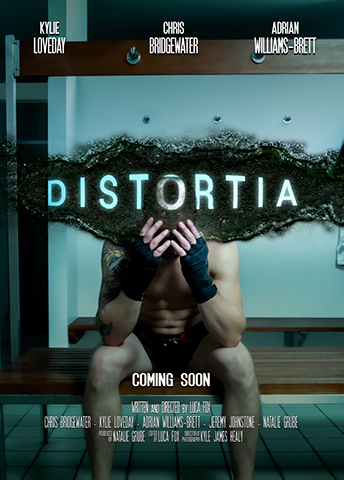 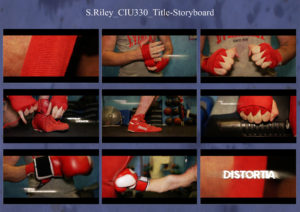 Thanks for viewing this page.